‘As easy as riding a bike’ is a phrase we hear all the time, but it’s misleading. Learning to ride a bike is not easy! It’s a lesson in physics, engineering and agility all in one, which is a challenge for any 4 year old.

Learning to ride a bike is a rite of passage for a child and teaching them a step that every parent will remember for the rest of their lives, but it’s also daunting, not only for the children but for us grown-ups as well. The last thing parents want is to see their little humans hurt themselves and we worry about the seemingly inevitable cuts and scrapes once those stabilisers are removed.
A couple of weeks ago the guys at Biky Biky sent us a lifeline in the form of their innovative bike vest. It may seem like a simple piece of equipment, and in many ways it is, but the confidence and reassurance it brings to parents and children is massive. 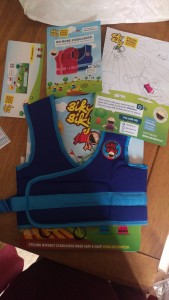 As soon as we received the vest, Jenson (my 4 year old) ripped open the packaging. It comes with its very own cardboard hanger which cleverly contains a ‘riding without stabilisers’ certificate, instructions on how to use the vest to its full potential and a nice picture for the new little owner to colour in. I thought this was a lovely touch and something for us to keep and remember. The vest itself is very high quality, padded and very comfortable with Velcro around the waist, a claw clip for extra safety and plenty of growing room.

We tried the vest on straight away and had a few practice flying lessons around the house first. It was only then that we realised how strong and secure it was, which really filled us all with confidence. Jenson is not light, weighing in at 3 stone, and it held him no problem at all. The handle was super comfy to hold, and didn’t dig in or rub.

The next day was D-day: the wrench came out and the stabilisers came off. I dressed Jenson in his coat and placed the Biky Biky securely over the top.  On went his Minion helmet and we took to the streets. He was a tad anxious about falling but I reassured him that we would not let him fall, a statement I hoped to be true but could not completely believe… Little did I know that it was the Biky Biky that would keep him from falling. It is fab! Just the right height so that we could fully stand up while holding him securely so we didn’t have to break our backs in the process and could easily run alongside Jenson as his confidence grew. We had quite a few wobbles but they were easily rectified with a swift arm movement. There were only a couple of dramatic wipe-outs but we quickly retreated back to the previous indoor flying lessons and our precious cargo was saved.

Riding the bike fully independently is still very much a work in progress, but we have only given it a couple of goes so far. As it stands, he still very much relies on us to hold him up, and he needs to remember to look where he’s going (and not at the pretty flower in the field!). Rome wasn’t built in a day; learning to ride a bike will take time but he is loving every second. The smile on his face and the sheer pride as he shouted ‘I’m really doing it mummy’ is something that will stay with me forever.

Overall Biky Biky get a massive thumbs up from us and I would advise everyone to put it on their bike safety shopping list. 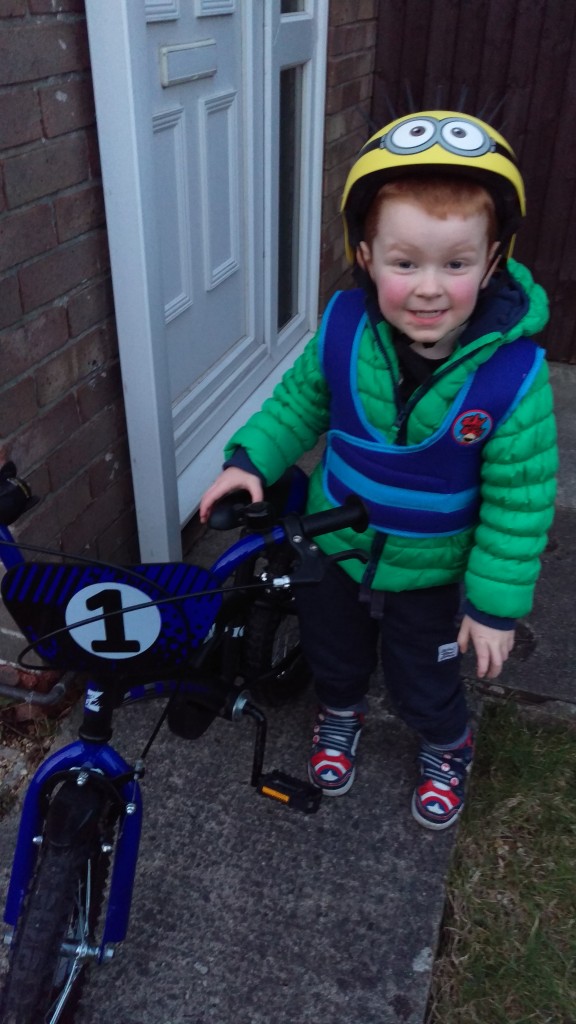 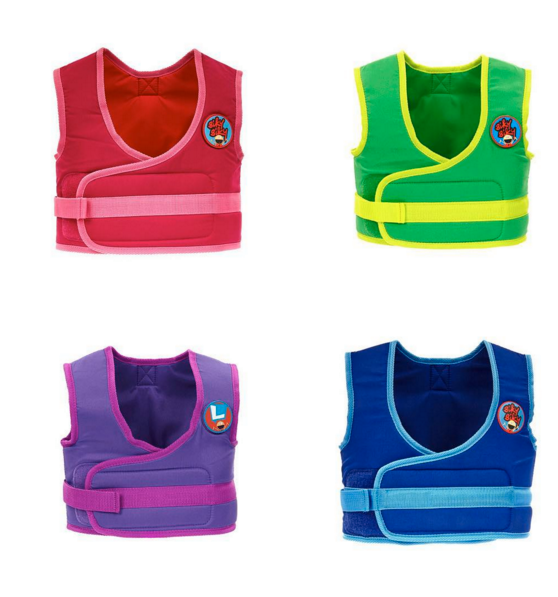