Why children should code before they can read 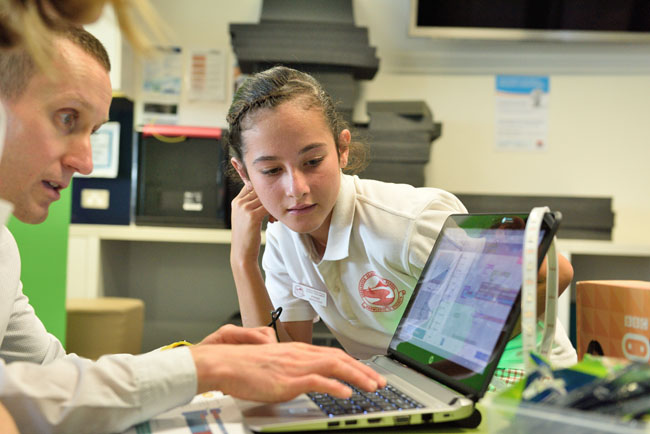 “Children coding?”
“Don’t they need to just play outside?”
“I’m not sure about yet more screen time!”

These are the most common reactions when I tell friends that I’ve had my son coding since he was three, and that he often used to ‘code his stories’ rather than write them out.

What parents often don’t consider, is that not all screentime is created equal, and recent research from the Oxford Internet Institute indicates we need to focus our parental attention on the quality not the quantity of a child’s screen time (including TV of course).

Watching YouTube videos passively and playing high-octane games are entirely different experiences to learning to programme, create a movie, a book or a stop animation sequence. These latter activities are active, creative screentime with a purpose, and I am far less bothered about policing these sessions to the minute than I am the addictive and inane video game frenzies that seem to wash over us in waves.

Perhaps it’s helpful to consider whether a particular screen time session is enriching the child (or adult’s!) experience or knowledge, or displacing another more valuable real-world activity. It’s all about the balance of the virtual and the physical and their associated skills, and this balance will vary from child to child and at various stages of their development.

So if I’ve convinced you to think differently about screen time, perhaps I can explain why I believe coding is such an important life and career skill for 21st century kids.

There are so many reasons, but I’ll set out my top three here:

Coding is increasingly considered a key form of 21st century literacy, and became a compulsory subject in English schools from age 5 in 2014, because it is important that every child is digitally literate in order to thrive in an increasingly technology-driven world. As President Obama stated when introducing his Computer Science for All programme back in 2016: “In the new economy, computer science isn’t an optional skill – it’s a basic skill, right along with the three “Rs.”

According to Code.org, 57% of all new STEM jobs are in computing, but only 10% of STEM graduates are in Computer Science. The UK digital skills gap was calculated to be costing the UK £63m per year in lost potential GDP and this is only set to widen after Brexit, if it becomes more difficult to import the tech talent our thriving digital economy depends on.

Outside the software industry, we are already witnessing the automation of many established sectors and the digitisation of many current professions and career paths. It’s hard to predict what our children will end up doing when they enter the workplace, but it’s hard to dispute that understanding the terminology and concepts of programming and having the ability to control computers and robotics will provide a significant advantage.

Even if you can’t imagine your child as a software developer, think of teaching them to code like teaching them maths: they need a basic understanding of time, distance, currency and units of measure to function in their day to day lives, even if they will never become mathematicians.

According to Ofcom, 21% of UK 3-4 year olds have their own tablet (rising to 35% of 5-7s). How many of think about how their tablets work? Our children are surrounded by devices, but disconnected from what lies beneath their screens.

Learning to code fundamentally changes a child’s mindset and encourages them to think critically about the digital content and experiences they are handed down. It turns them into innovators, ready to use technology to their advantage, whether to code their own games (as Apple’s co-founders Steve Jobs and Steve Wozniak did for fun) or to launch their own business in the future. 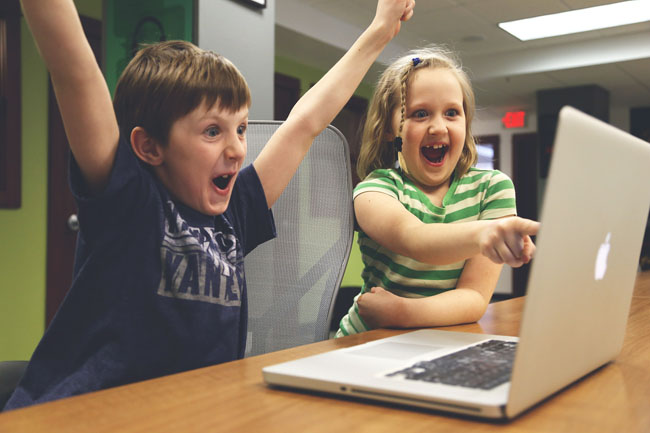 It’s so important to allow children to tinker, to make – and to break – stuff with technology, to give them a sense of agency and digital confidence.

Did you know that many early computing pioneers were female and that software was considered a female profession akin to secretarial work up until the 1980s? How shocking then that in 2019 only 17% of technology jobs are held by women, and how important to introduce our daughters to the creative fun of coding before they perceive any gender bias.

3. Coding supports other areas of learning and personal development – and is also great fun!

To many adults, the world of coding is utterly baffling, with connotations of dry impenetrable lines of syntax scrolling across a dark screen. However if we think of coding as just another language, we can make it far more accessible and creative.

Children under 8 are hard wired to absorb language patterns so if we expose them to computing concepts even before they can read, they will absorb these far easier than if we wait until they are starting secondary school. There are many icon based coding languages and apps which help young children develop programming skills without needing to read.

In his book, The Global Achievement Gap, Dr. Tony Wagner identifies seven key skills and attributes that every child needs to survive in the workplace. Coding is proven to support all of these:

Like chess, programming supports and develops logical, sequential thinking, which is directly applicable to literacy and storytelling skills in Early Years and early Primary aged children. Estimation and number sense are given a concrete context as children control characters to move a certain distance across the screen.

Perseverence and problem solving are also key skills for coders of all ages. It doesn’t always go smoothly, and there can be frustrations, but the smiles are all the sweeter once they fix their bug and make the animation just how they had envisaged it.

And this is the nub of it – when children code, they get to express themselves, imagine and create. They get to boss the screen around. Now that’s a power trip we can all be proud of!

MAMA.codes uses a unique teaching method that introduces children as young as three to coding through song, rhyme and storytelling. A free online safety guide for parents of under-8s is also available. https://mama.codes/code-clubs

Founded by three London mothers MAMA.codes started out wanting to find genuinely creative ways for their own children to use their screentime, and didn’t want their daughters (then aged 4-6) to miss out on the vital 21st-century skill of coding. Since this, MAMA.codes has grown rapidly, raised a seed round of £100,000 in funding and is franchising nationwide and building a home family subscription 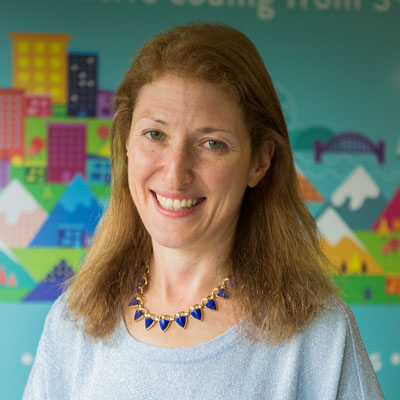 Liane Katz is co-founder & CEO of MAMA.codes creative kids’ coding clubs, who run over 40 afte-rschool, weekend and tutoring classes per week across London & Hertfordshire and launching soon in Belfast.