Adapted and directed by Vicky Ireland 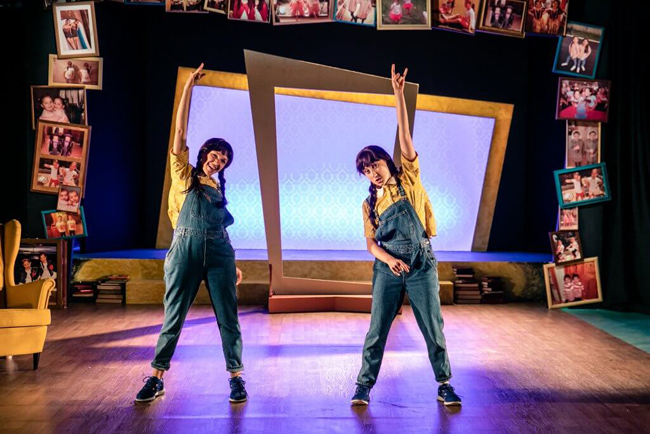 This production was funny, poignant and absorbing.  The audience was predominantly female, mirroring the great appeal this author has for girls, probably because of the feisty and independent heroines in her books, the twin leads depicted here being no exceptions.  However my 9-year-old grandson, despite some initial scepticism, really enjoyed himself, dubbing it “good”, “funny” and “a bit sad in places” – a man of few words! 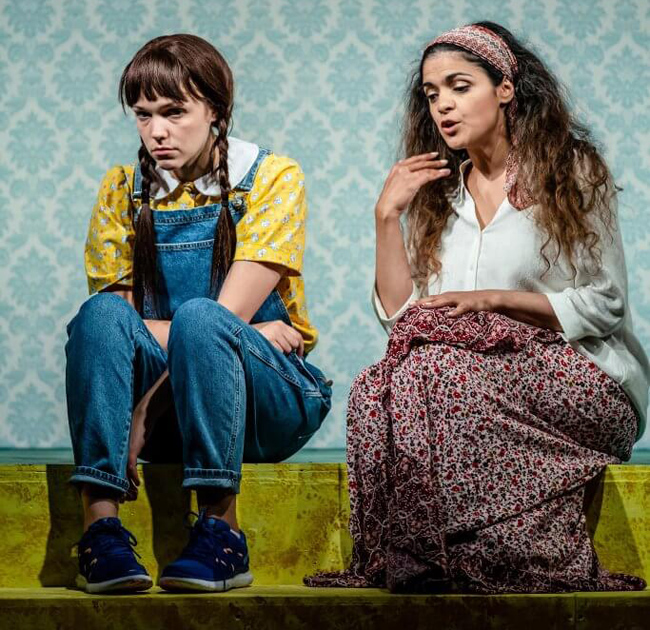 The play explores the very complicated interactions between identical twin sisters, with all the joys and difficulties, strengths and weaknesses presented by this almost co-dependent relationship.  The girls cope with all life throws at them, loss of their mother, beloved Gran going into sheltered accommodation, Dad finding a possible new partner, redundancy, move to the country, new school, new family unit.  Just writing this non-exhaustive list throws up my one caveat, which is that maybe there were one or two too many “issues” tackled, possibly through faithful adaptation of the original novel.

However the play was entertainingly presented and the small cast excelled in various parts, switching roles slickly and with apparent ease, and maintaining the theatrical illusion throughout. 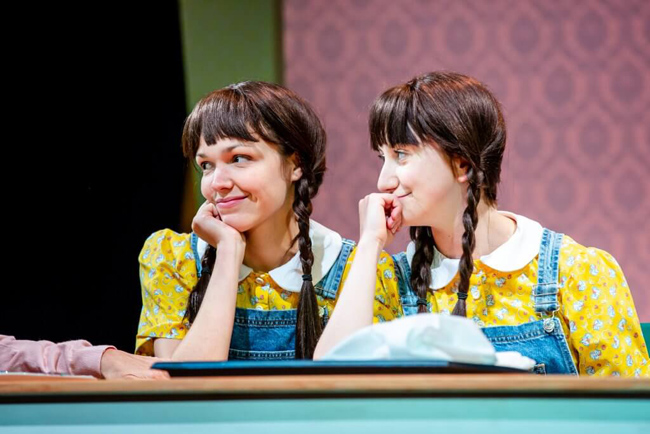 Most interesting however , was the interplay, the eponymous  “Double Act” between the twins, one very dominant over the other, almost to the point of bullying, and certainly employing a good deal of emotional manipulation to get her way.  The ultimate resolution of these issues was believable and satisfying and left us with optimism for both their futures, together and apart.  All in all, a thoroughly enjoyable and thought-provoking afternoon.