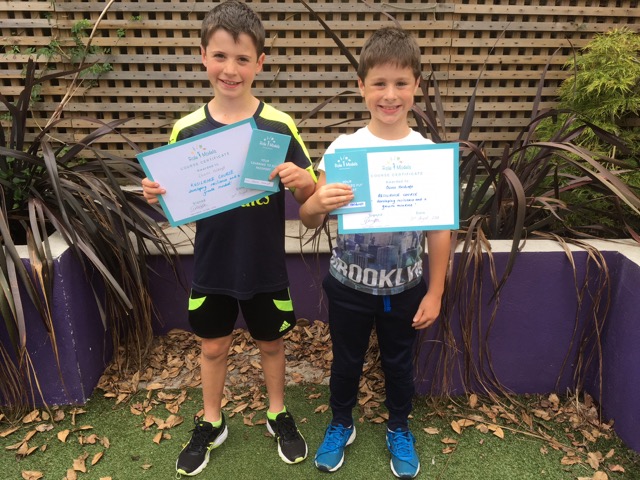 Last night I was reading with my 8 year old son and he mis-pronounced a word – ‘bouquet’ he pronounced it as ‘banquet’. It changed the whole sentence and rendered it meaningless. I gently corrected him and asked him to pronounce it again. He tried again and failed again. He just couldn’t get his ‘lips around it’. We laughed and moved on but before we did, he surprised me with a comment that meant more than he realised. ‘Mum, I can’t pronounce it YET, but I will be able to if I practice’.

Oliver attended a ‘Role Models Confidence and Resilience Course’ at Chelsea Academy School during the summer holidays along with his older brother, Charlie. A 4 day, high-intensity course focused on developing a ‘growth mindset’. Introducing ideas and concepts such as ‘going outside of your comfort zone’, ‘the power of yet’ and ‘thinking traps’. All designed to grow a child’s ability to cope with failure, making mistakes, feeling as though something is too difficult.

The days were divided into workshops and challenges with classroom based learning mixed with fun activities, some outdoor sessions and crucially football after lunch!

I’ll be honest, I was expecting my boys to be pretty flat after the first day. A week of ‘school’ in the ‘school holidays’? I mean really, am I the worst mother in the world? In reality, they came away with broad smiles and a very positive outlook. Charlie, a man of few words, said ‘it was actually pretty good, quite fun’. Praise indeed. After a few days, they were buzzing with excitement at the end of the day. By the end of the week, they were putting in orders for which course they wanted to go on next – desperate to fill their Role Models ‘passport’. 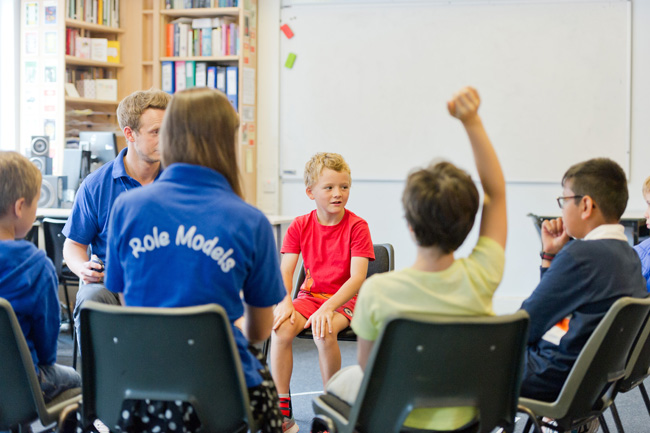 My view is that these kind of holiday courses are breaking new ground. It’s a big step up from ‘football courses and playschemes’. All have a role to play, but these courses are definitely adding value and getting our children thinking in a different way to school. Ultimately, their ability to pass the 11+, their GCSE’s and their A-Levels will be defined by their brain-power alone (sadly) but increasingly we are seeing that children will need more than brain power to be successful in the future job-market. ‘Growth mindset’, creativity, empathy and leadership skills will set your child apart from the others at future job interviews. Hard to imagine now but it’s the truth of the matter. Investing in these concepts and ideas now may well pay off in the long run.

Interestingly, when I asked the boys how they felt about the course a few weeks later, inevitably some of the shine and buzz  had rubbed off. They still agreed that it was great fun (certainly helped by the arrival of the letter they wrote to themselves during the course arriving on the doormat!) I pressed a bit more and said, ‘what didn’t you like’?’ ‘It was a bit too indoorsy, too much like school.’ Makes me wonder whether the organisers could cover the same ground but with more focus on the outdoors with the challenges and the venues they choose.

From my side, the pre-course admin and management was great. The Role Models team are super organised and ‘on it’. The post-course reports on the children were thorough and well-thought through. It was clear that they had understood the boys well – both very different in personality and behaviour! I would have liked to see a bit more diversity in the groups both amongst the attendees (children) and the staff but I don’t think this affected the outcome for the children materially.

Overall, I would thoroughly recommend these courses. It’s a sizeable time and financial commitment but all worth it when your child sits with you one evening and says – ‘I can’t do it…YET’!