‘Tis the season to let your savings snowball 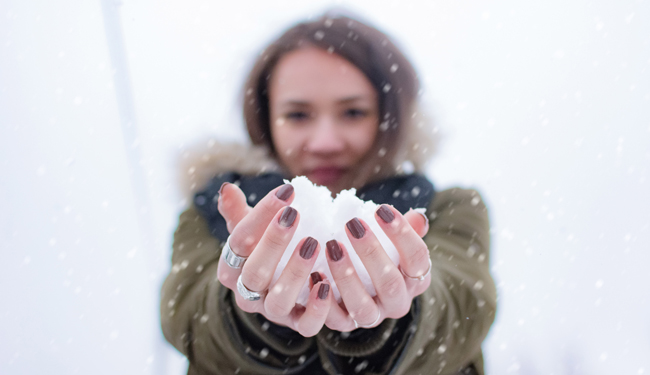 Making an early start is the most important factor in saving for the future.

Saving for the future can often come well down the list of financial priorities, behind paying off debts, paying a mortgage and financing a child’s education.

However, the longer you put it off, the more you’ll miss out on the power of compounding returns.

Einstein reportedly stated: “Compound interest is the eighth wonder of the world. He who understands it, earns it… he who doesn’t… pays it.”

Most people appreciate the importance of paying off debts to avoid the interest rolling up. But the power of the compounding concept is often overlooked by those who need to create wealth for the future.

The secret of investing success lies in the way that investment returns themselves generate further gains. Reinvesting any income generated, rather than paying it out, means that returns in the next period are earned on the invested sum plus the previously accumulated income. It’s very much like a snowball effect: once it’s rolling, the more snow it collects and the bigger it gets.

Reinvesting dividends paid from company shares provides a powerful example of how compounding can boost investors’ total return. Figures from Barclays show that a notional £100 invested directly into UK shares at the end of 1945 would now be worth £10,933 in nominal terms, without the income reinvested; but would have grown to £238,690 if the dividends had been reinvested in more shares 1. However, past performance is not indicative of future performance.

The chart below illustrates just how much difference compounding could make when someone starts saving earlier. Daisy starts saving £200 a month when she is 25; Ken saves £400 a month from the age of 45. In total, they both save £96,000 by the age of 65. However, assuming an illustrative growth rate of 5%, Daisy ends up with almost twice as much as Ken due to 20 extra years of compounding returns.

Why starting early could pay off 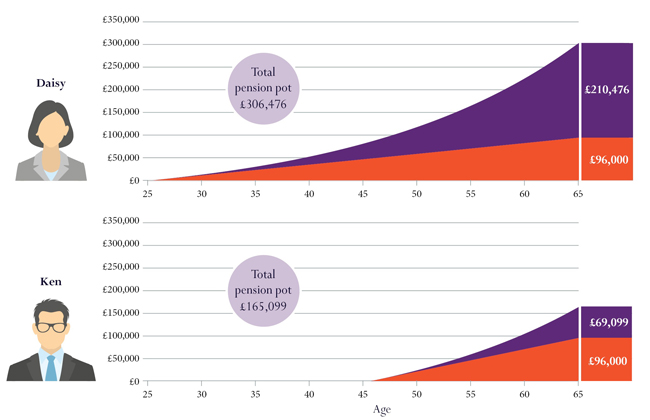 Of course, these figures are examples only. The level of returns in both scenarios cannot be guaranteed and would depend on the performance of the underlying investments. They do not take into account the impact of charges and taxation which would also reduce the value of an investment.

Younger generations may nowadays face even greater financial challenges, but they have got time on their side. That’s why it also makes sense for families thinking about intergenerational planning to help children and younger adults make an early start by saving money through Junior ISAs, ISAs and pensions. 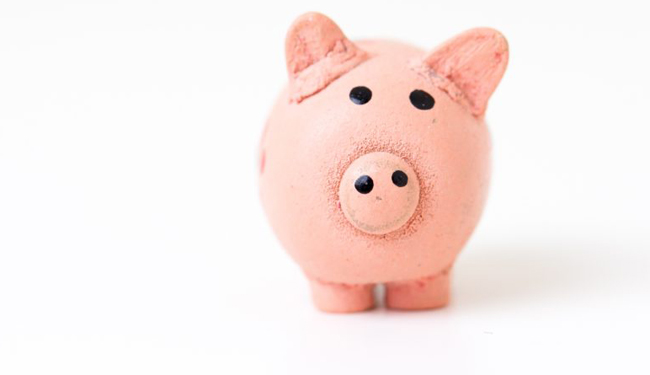 If you are telling yourself that you will put aside money for tomorrow ‘when I can afford to’ or ‘when I’m making more money’, you risk leaving it too late. But by getting into the savings habit earlier, committing to a plan and giving your money the chance to grow, a more secure financial future remains within reach.

For a free, no obligation, informal chat with Peter Ward to see how he can help with your finances please contact him at: [email protected] www.sjpp.co.uk/peterward
¹ Barclays Equity Gilt Study, 2018. Data relates to the period between December 1945 to December 2017.

The value of an investment with St. James’s Place will be directly linked to the performance of the funds selected and the value may fall as well as rise. You may get back less than the amount invested.

The levels and bases of taxation, and reliefs from taxation, can change at any time and are generally dependent on individual circumstances. 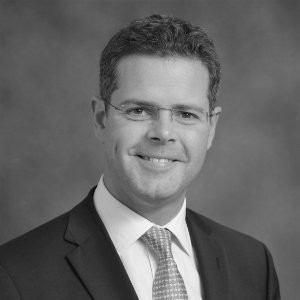