Thanks to the Easter break, last night I had the joy of having all my children – aged 22, 21 and 19 – at home for supper with a few of their friends. I was the only parent at the table, and I was fascinated to note how much they talked about their experiences growing up. I have known some of their friends since they were little children and I’ve witnessed the struggles some of them went through in secondary school.  It was incredible to watch these now well rounded, focused, happy young people and remember the dramas around drugs, alcohol, self-harm, panic attacks, depression that affected that whole generation. Are these even the same people? They are and I guess their parents and I were very lucky as they all seem to have pushed through.

But I remember the difficult years when as parents, we were trying so hard to find the right words to make them ok, or give advice they wouldn’t reject, the right time to give them a hug that they would find comforting and getting it wrong – it seemed – every time.  It was heartbreaking to want to be perfect parents and find that the more we tried the worse it got.

What struck me about their conversation was the fact that they only talked about happy times and that these were mostly the times when the parents did something really silly, like take the whole family to the wrong airport when going on holidays, or leaving the house and forgetting all the luggage in the hall, or getting them out of school early on a snow day pretending to the headmaster that they were worried about driving in the snow and then pulling out some bin liners from the boot of the car to go sledging in the park. What they seem to cherish are the times when we are human, when we make mistakes and say sorry and show them that it is ok, that we can just move on, that problems have solutions and that life is fun and is to be enjoyed.

Sadly, as a generation of parents, I feel that we have not done this enough. We were all dragged into the “best parents’ competition” where the winners were the ones whose children could swim 25 metres aged 3, play the violin, speak three languages and love Latin and of course, had the best birthday parties. Resulting in stressed-out parents, so worried about keeping up with what the latest right thing for our children was, that we often forgot to ask them what they thought or how they felt.

This is how we created a generation of children who absorbed our stress and our perception that one has to be perfect all the time. In fact, what they needed, was for us to show them not to aim for perfection but to aim to be our best; that it is ok to make mistakes because that’s how we learn as parents as well as children; and that life is mostly about how we relate to others and what we give not what we take.

There is a lot of talk about social media being responsible for the mental health crisis of this generation. I agree that there is some truth to this but we as parents are as affected by unhealthy competition as our children are, making it difficult to protect them from it.

Who did not feel a pang of envy when their friends posted a picture of their daughter winning a swimming race; becoming head girl; swimming off a beach in the Bahamas? Many of us parents find it easier to say “you will win next time”, setting up an expectation that they do need to win next time. What we should be saying is the more truthful, “it is ok to be a bit jealous but you should be happy for your friend and you don’t have to and may not win all the time”.

I now know a lot more about so-called ‘Life Skills’; skills that are fundamental to the mental wellbeing of children and will give them the much-needed support they need as they grow. There are many courses now that augment traditional schooling, which still has a long way to go before implementing this type of learning.

These types of courses are designed to create a generation of happier, more resilient and successful adults better equipped to face the myriad changes in the world of work and modern life in general. In turn,  they will also be better and happier parents than my generation seems to have been.

Role Models help children fly by giving them the skills they need to grow, develop and thrive in a changing world because they believe that children should be skilled for life as well as being schooled in the classroom.

To do this, they offer individual creative childcare to support children’s passions. They also provide courses that give children some of the key skills to succeed in the 21st century; leadership, resilience, teamwork and creative problem-solving. They approach everything in a way that’s serious fun. Click here to learn more. 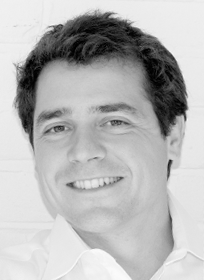