Learning to not be the best

If your child is used to excelling then coming second, third – or not placing at all – can seem like all-out failure. 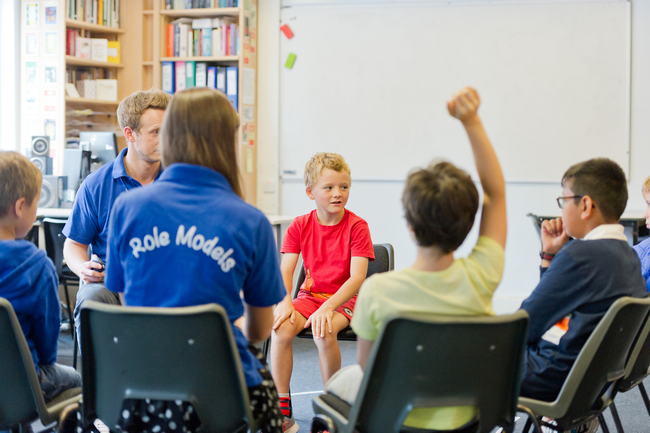 For high-achieving children, not being the best sometimes feels like an insurmountable tragedy – an unfamiliar feeling that can manifest as tears and tantrums, low self-esteem or refusal to take part in previously cherished activities. As parents, it’s natural to want our children to come top, too, and our pride can be dented! However, in this interview for Time, Brené Brown instructs parents to not try and ‘fix it’ if their child doesn’t do as well as hoped.

Instead, turn the experience into a positive. This is a great opportunity to explore the nature of competition with your little ones and build their resilience for the future.

Consider this quote from five-time Olympic gold medal winning swimmer Ian Thorpe: “Losing is not coming second. It’s getting out of the water knowing you could have done better. For myself, I have won every race I’ve been in.” A child that has given his all should be proud of his performance.

Help your child focus on positive aspects of competition – sportsmanship, dedication and perseverance ­– rather than winning. The experience will still seem worthwhile even if they don’t triumph.

What did your child get out of competing? Did they have fun or make new friends, or learn a new skill or fact? Note down anything your child mentions and when they next come to compete, discuss how their previous experience has made them stronger.

For children that are used to coming first, ‘losing’ can feel lonely and shameful, and they may feel they have let you down. Share a time when you felt disappointed: you will remind your child that loss is not fatal, and that you remain proud of them for whatever they achieve.

Focus on the future

Your child may feel like ‘losing’ is their new normal. Question this assumption: does losing this time really mean they will continue to lose in the future?

These well-known names were all runners-up but have been remembered as winners!

Christopher Columbus: The explorer was not the first to discover the ‘New World’ yet his name is inherently linked with the Americas.

Susan Boyle: The singer was runner up in the 2009 final of Britain’s Got Talent. She is now a musical star with seven albums and two Grammy nominations to her name.

Steffi Graf: Considered one of the best tennis players of all time, Graf is actually not the Grand Slam champion: Australian Margaret Court bested her, with 24 tournament wins to Graf’s 22.